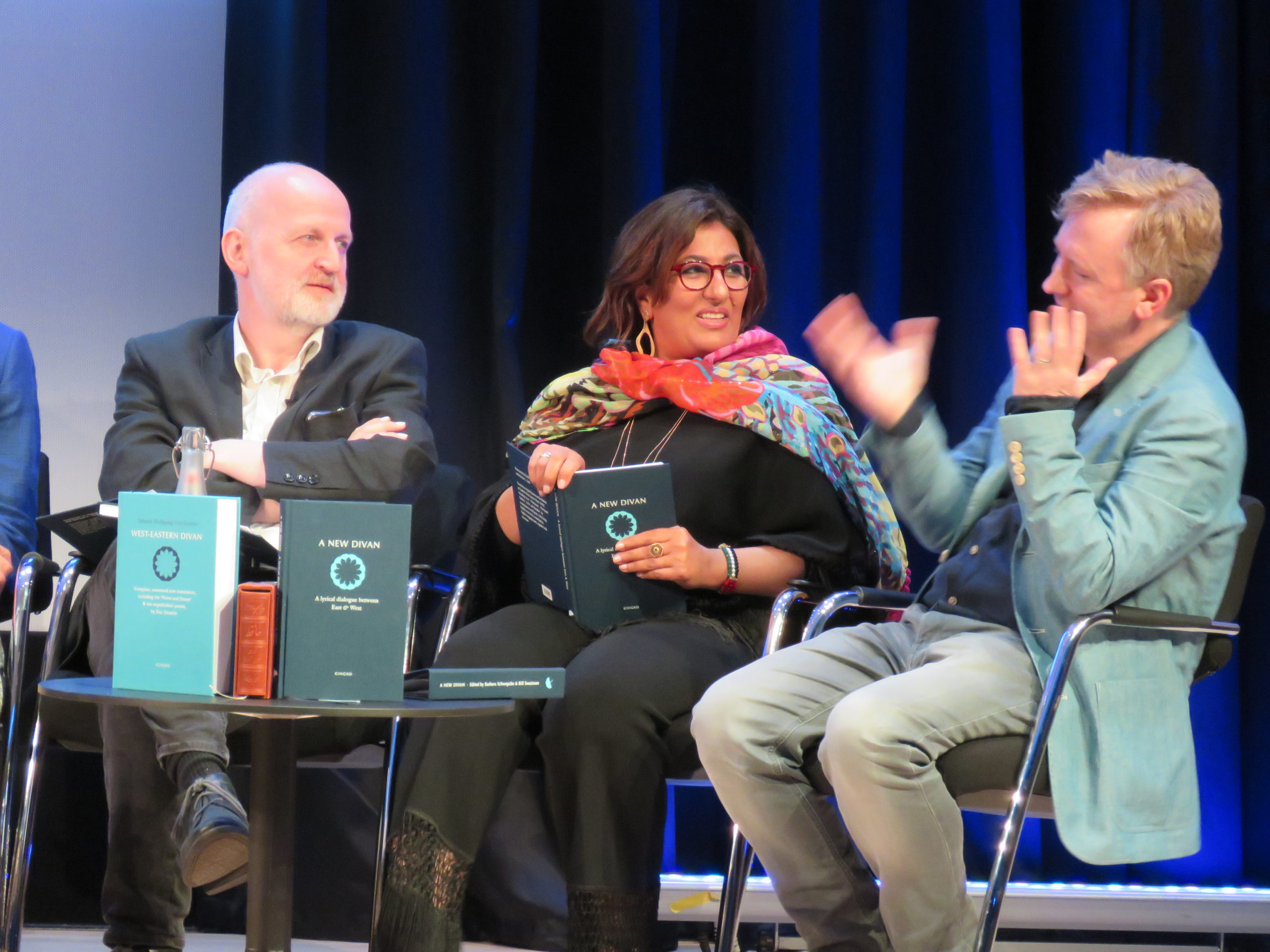 The Poet and Suleika: A West-Eastern Dialogue in Poetry and Music

‘The Poet and Suleika’ was the first of a series of events over the summer of 2019 celebrating the publication of Gingko’s A New Divan, and featured three prominent participants this ambitious project: Don Paterson, one of Scotland’s greatest contemporary poets, writers and musicians; the Emirati poet and filmmaker Nujoom Alghanem, who wrote a modern version of the love duet between Suleika and Hatem; and Paul Farley, who produced the English version of the Raoul Schrott’s poem ‘suleika spricht’. This lyrical dialogue between East and West was matched by a musical one, with Hafiz poems, set to music by 20th century German composers Gottfried von Einem, Viktor Ullmann and Richard Strauss, and Goethe Lieder sung by Simon Wallfisch accompanied by Craig White.

Click here to listen to a podcast of this event.