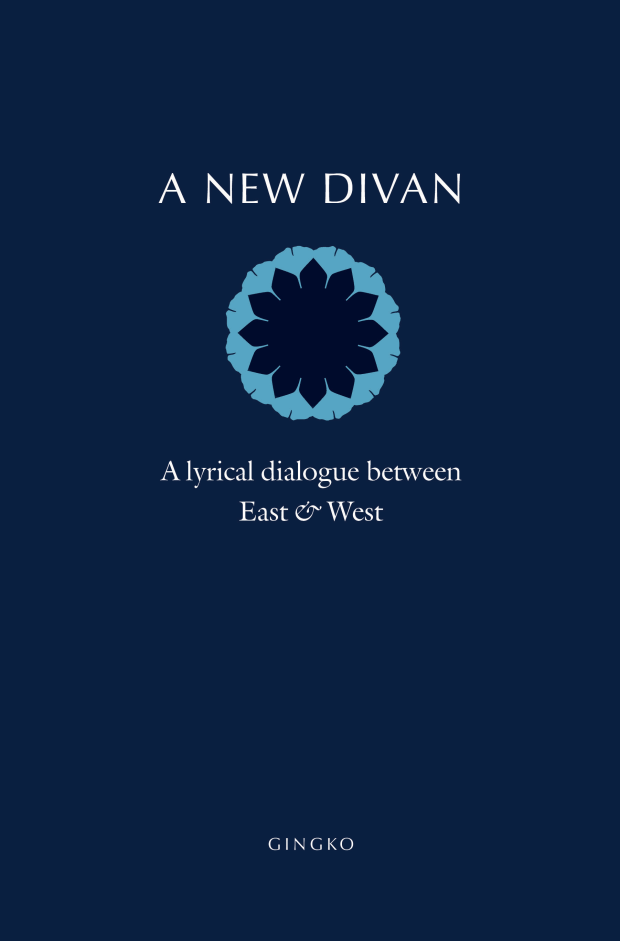 A New Divan: A Lyrical Dialogue between East & West

Published in honour of Johann Wolfgang von Goethe and the 200th anniversary of the first publication of his West-Eastern Divan (1819), A New Divan contains outstanding new poems by twenty-four leading poets, twelve from the East and twelve from the West, and presents a truly international poetic dialogue inspired by the culture of the Other and Goethe’s late, great work. Writing in Arabic, English, French, German, Persian, Portuguese, Russian, Spanish, Slovenian, and Turkish, each pair of poets has responded to one of the themes of the twelve books of Goethe’s Divan. Working either directly with the original poets or via a bridge translation, the twenty-two English-language poets have created poems that draw on the poetic forms and cultures of the poets taking part. Three pairs of essays enhance and complement the poems, mirroring Goethe’s original ‘Notes and Essays for a Better Understanding of the West-Eastern Divan’.

‘The multilingual delights of A New Divan, published 200 years after Goethe’s, are inspired by the inspiration Goethe took from Hafiz, and his passionate vision of common humanity across cultural difference.’ – Ruth Padel, Financial Times

‘…The volume enacts a meeting of West and East very much in Goethe’s spirit.’ – Ritchie Robertson, TLS

‘…How exhilarating and enjoyable it is to read a book that combines such strikingly different kinds of artistic excellence and such diverse perspectives with the underlying coherence that comes from the shared reference to Goethe’s original cycle.’ – Edmund Prestwich, Acumen

‘…The Gingko poets seem to use the Divan not as a bustling street market of imagery but as a lens to look at our times’. – Brian Morton, PN Review

Buy in UK Buy in US Buy PDF 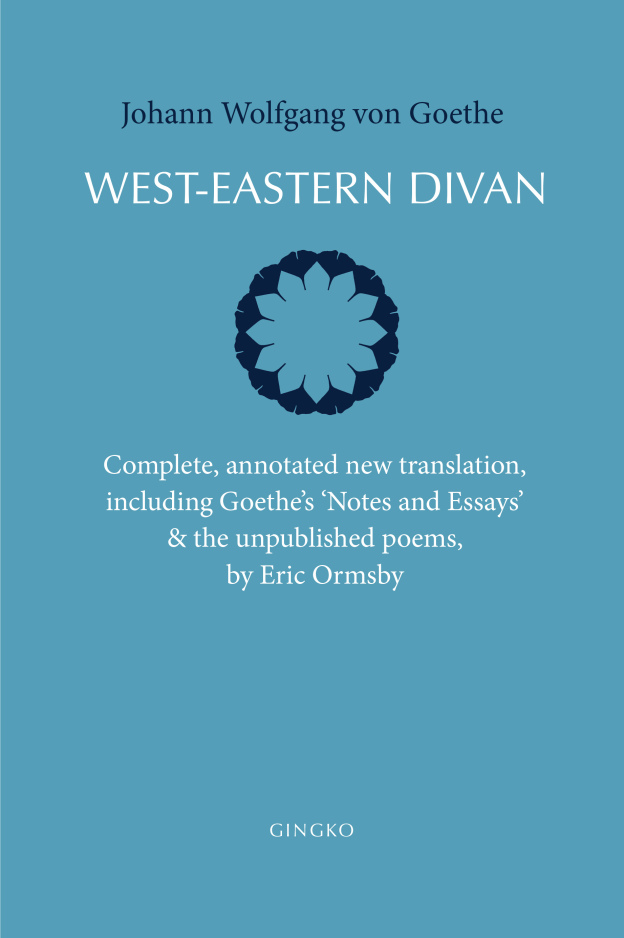 Translated and edited by Eric Orsmby

In 1814, Goethe read the poems of the great fourteenth-century Persian poet Hafiz in a newly published translation by Joseph von Hammer-Purgstall. The book was a revelation. He called Hafiz his twin and was immediately inspired to create a Divan of his own. At the same time he met Marianne von Willemer, with whom he rapidly fell in love. She became the Suleika to his Hatem and a conversation begun with Hafiz blossomed into a duet for two lovers. In this much awaited new translation, Eric Ormsby’s clear prose is accompanied by explanatory notes of both the verse in German and in English and of Goethe’s own commentary, the ‘Notes and Essays for a Better Understanding of the West-Eastern Divan’.

Professor Eric Orsmby is a distinguished scholar in the field of Islamic thought. He studied Greek and Latin at Columbia University, NY, and then Classical Arabic and German at the University of Tübingen, West Germany. He received a doctorate in Near Eastern Studies from Princeton University and taught at McGill University, Montreal for twenty years, where from 1996 he was Professor and Director of the Institute of Islamic Studies. In 2005 he moved to London where he took up a post as Senior Research Associate at the Institute of Ismaili Studies. In addition to his extensive writing on Classical Arabic literature and Islamic thought, and his translations from Arabic and Persian, he has published seven poetry collections and is an essayist and reviewer and the author of two critical works on poetry and translation.

‘…This fine volume — which also contains a translation of the essays on Eastern culture that Goethe added to make the poems more intelligible — should make the Divan accessible to many more readers.’ – Ritchie Robertson, TLS

Buy in UK Buy in US Buy PDF