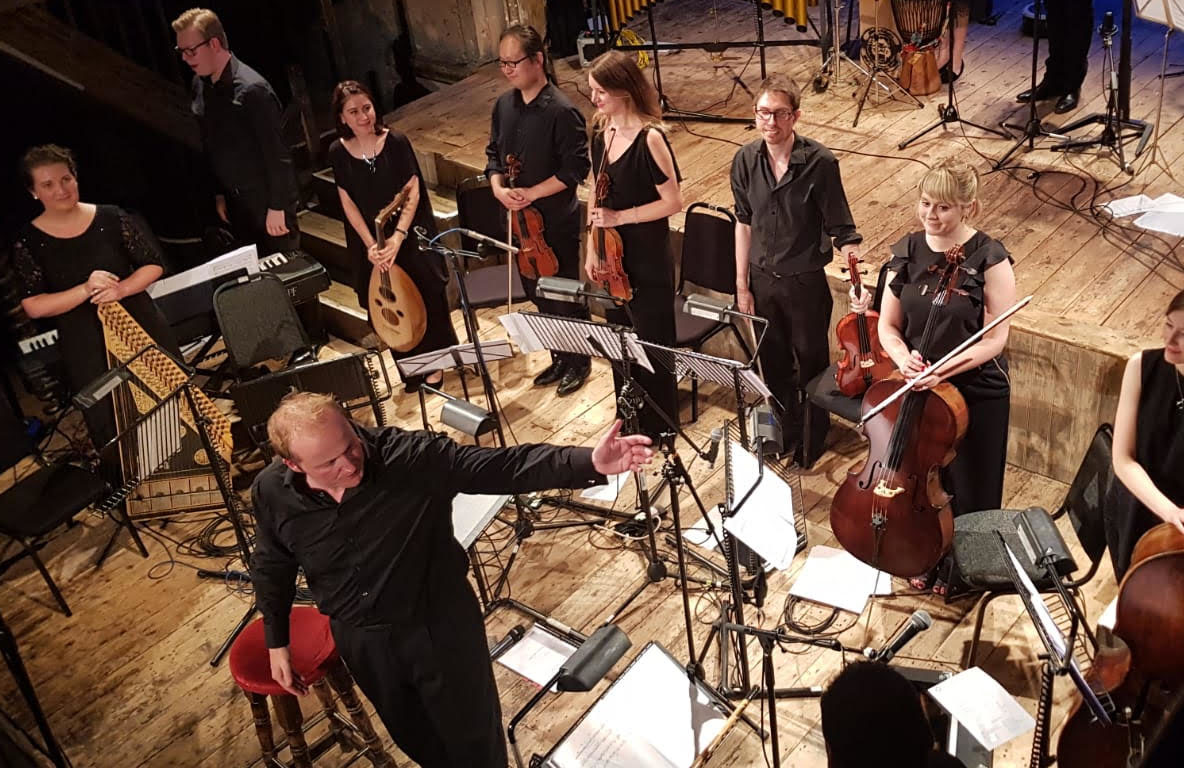 Towards a New Divan: A Celebration of East and West through Music and Poetry

Wednesday 20 June saw a special occasion at the historic Wilton’s Music Hall in London, featuring the premiere of a new musical composition by London-based ensemble Tafahum marking the launch of Gingko’s momentous New Divan project. The concert featured a new musical composition inspired by the Syrian poet Adonis’s new poem, ‘Letter to Goethe’, to be included in a poetic anthology, A New Divan, commissioned by Gingko as part of this project and due for publication in June 2019.

A New Divan marks the celebration of the 200th anniversary of Goethe’s West-Eastern Divan (1819), which brings together twenty-four leading poets – twelve from the ‘East’ and twelve from the ‘West’ – in a lyrical conversation inspired by the culture of the ‘Other’. These poets seek to continue the dialogue that Johann Wolfgang von Goethe started with Hafiz, the fourteenth-century Persian poet he thought of as his ‘twin’, the results of which he published in the West-Eastern Divan. The new poems will appear next to English versions of the poems by well-known English-language poets. A New Divan will be published in 2019, along with a new bilingual German-English edition of Goethe’s West-Eastern Divan, featuring a new annotated translation by poet, scholar and man of letters, Eric Ormsby, as well as Goethe’s original poems and scholarship on the Islamic world.

During the concert A New Divan’s editor, Bill Swainson, introduced the New Divan project and the names of the English-language poets contributing to A New Divan were announced. Professor Mena Mark Hanna, Dean of the Barenboim-Said Akademie and Gingko trustee, delivered a talk on ‘Music and the Non-European’.