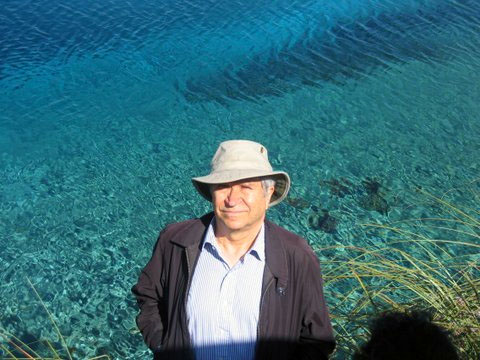 Homero Aridjis was born in Contepec, Michoacán, in 1940 to a Greek father and a Mexican mother. After nearly losing his life at age ten in a shotgun accident, Aridjis became an avid reader and began to write poetry. Many of his fifty books of poetry and prose have been translated into fifteen languages. Among the literary and environmental prizes he has received are the Xavier Villaurrutia and Diana-Novedades (Mexico), the Roger Caillois (France), the Grinzane-Cavour (Italy), the Orion Society’s John Hay Award and two Guggenheim Fellowships. He has been a visiting professor at Indiana University, New York University, Columbia University and the University of California, Irvine. Formerly Mexico’s ambassador to The Netherlands, Switzerland and UNESCO, he was president of PEN International (1997–2003). Aridjis is the founder and president of the Group of 100 – writers, artists and scientists devoted to protection of the environment. His most recent books in English translation are The Child Poet, News of the Earth, Maria the Monarch and A Time of Angels.