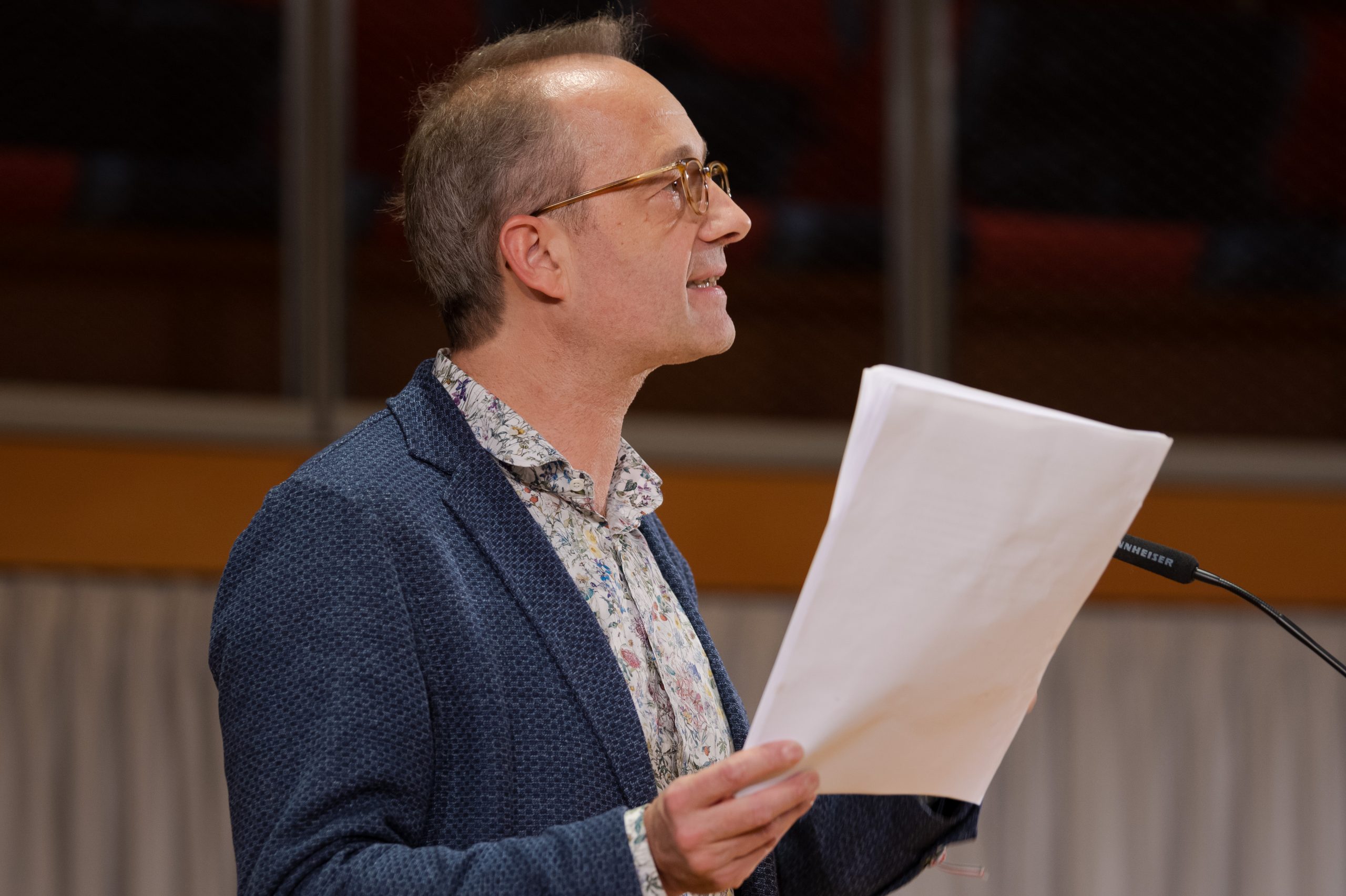 Stefan Weidner was born in 1967. A German writer, translator and literary critic, he studied Arabic and Islamic Studies at the universities of Göttingen, Damascus, Berkeley (CA) and Bonn. He has published several volumes of fiction, travel writing and essays. Among the Arab authors he has translated are Adonis, Mahmoud Darwish and Ibn al-Arabi. From 2001 until 2016 he was editor-in-chief of Art&Thought – Fikrun wa Fann, a cultural magazine published in English, Arabic and Farsi. His most recent book is Jenseits des Westens. Für einen neuen Kosmopolitismus (Beyond the Conceptions of the West. For a New Kind of Cosmopolitanism). His awards include the 2006 Clemens-Brentano Prize, the 2007 Johann-Heinrich-Voss Prize and the 2014 Paul-Scheerbart Preis. He is a member of the German Academy of Language and Poetry and a founding member of the Academy of the Arts of the World in Cologne.