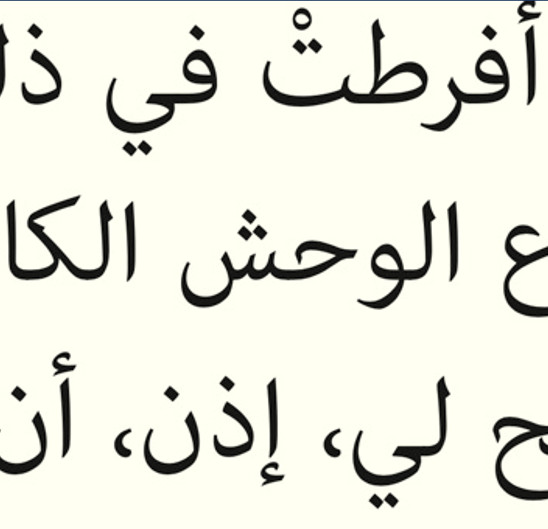 English translation directly from the Arabic by Fady Joudah

Bent branch, tell me what are you doing here?
How did you manage, through white shrouds and cobalt trees,
to reach the hyenas’ feasts?
You don’t see the eyes that see you,
that transmit the negative image of bowing with bent knees
to the totem of dates.
The God we’ve worshipped for so long has abandoned us
in this night, this wandering, we no longer
recognise his trace in the sanguineous heaven.
Here the clock stops.
The heart halts the poem in which it had pumped too much.
Enter the wandering as we have.
Enter this mottled night.
You won’t encounter deities or heroes
as in epics or bedtime stories.
This desert, to which you came
with two raised palms like an absurd hope,
no longer begets prophets,
it did plenty of that and none could rip out
the beast crouching behind the human rib cage.
Allow me, then, these redundant words:
no angel or devil
can put an end to this haemophilia
that evil spirits administer from somewhere unknown,
so, think less
of the Iliad
and more of Dante’s Inferno,
though you won’t need Virgil to accompany you
through body parts and moaning.
Any man with a wooden leg
or a child holding a stale loaf of bread
with a plastic gun holstered to his waist
can parade you around the nine circles of Hell.
But you won’t find tyrants and loan sharks
or soul annihilators snuff ed by chance in the line of fire.
Instead, you’ll come across faceless faces
and limbless corpses
and trees that fire devours but doesn’t burn.
You might think you’ve arrived at Judgement Day.
You’d be wrong.
You’re still in this earthly life,
though images sometimes confound.
You’ll notice a low-lying sky
from which barrels, not rain, fall,
for this parched earth gets no water.
Look,
iron horses gulp blood
irrespective of its type,
who cares about such details.
Thirst.
And there are rivers of blood
that don’t quench.
Blood and salt.
Plasma.
Blood
and blood.

This earth is like a stray dog that got a kick in its side from a military boot
and started yowling, yelping into the solitary, symphonic echo of pain.
It doesn’t need a dervish spinning eternally around an invisible point
to say that whoever drinks blood grows thirstier.

And no saint
or a hobo with grey beard
to scream at the crowds that leap
from one rank of Hell to another:
Forgive your enemies.

A voice from the desert:
I am a prophet without religion or follower, prophet of myself, I impose
my invitation on no one, not even me, as I sometimes disbelieve in
myself and curse my message. What prophet? And whose? I know
nothing about this darkness that wraps me in it. I feel my way with
the light my eyes emit but I don’t see my hand as it waves to imaginary
masses who wave below the mountain.

I step into this night/ this wandering as someone who puts nothing
past a human heart/ my chest infused with evergreen/ there must be
another person who sets foot in other places as I do/ I’m not alone in
this universal night/ on my feet that are wrapped with the rags of early
guardians/ not alone as I step on sand, stone, boxthorn/ pure gold/
distrustful dust/ for who knows what one treads on in total darkness/
blindness isn’t an eye disease but a weakness of heart muscle/ I step into
this night while holding a guidebook for the perplexed/ I hear someone
say ‘Come in, sit with us under this stray star/ the road is longer than
three days that three wells separate, and on each well three crows/ a
mustard seed in the beak of the first, a wheat grain in the second, and
in the third a pearl.’

In your Mediterranean language, light
has only one name.
But on the other side of this night, this labyrinth
where killers proliferate in daylight,
there’s a name you pronounced
in perfect Syrian Arabic:
‘Noor.’
Tell me,
in which darkness
or inner light
do you now
decay?
Man, with his heart in his palm, man who climbed with it up a waterless
grassless mountain then planted his heart where a tree sprouted
to loosen its shadows over any visitor caught in a sun that sometimes
works as hangman at noon: I doubt you know that love can be this
frightening, and that in words there are secrets whose danger only the
evil comprehend. You should have lived as if you were dead or should
have died as we do: fully alive, to recall the crimes that will go unaccounted
for, for they are countless.
Tell me where you are now,
and I will bring you pen and paper,
thread and needle,
bread and oil,
a drop of water
from the eyes of those who, supine on the ground,
wait for shovel and shroud. 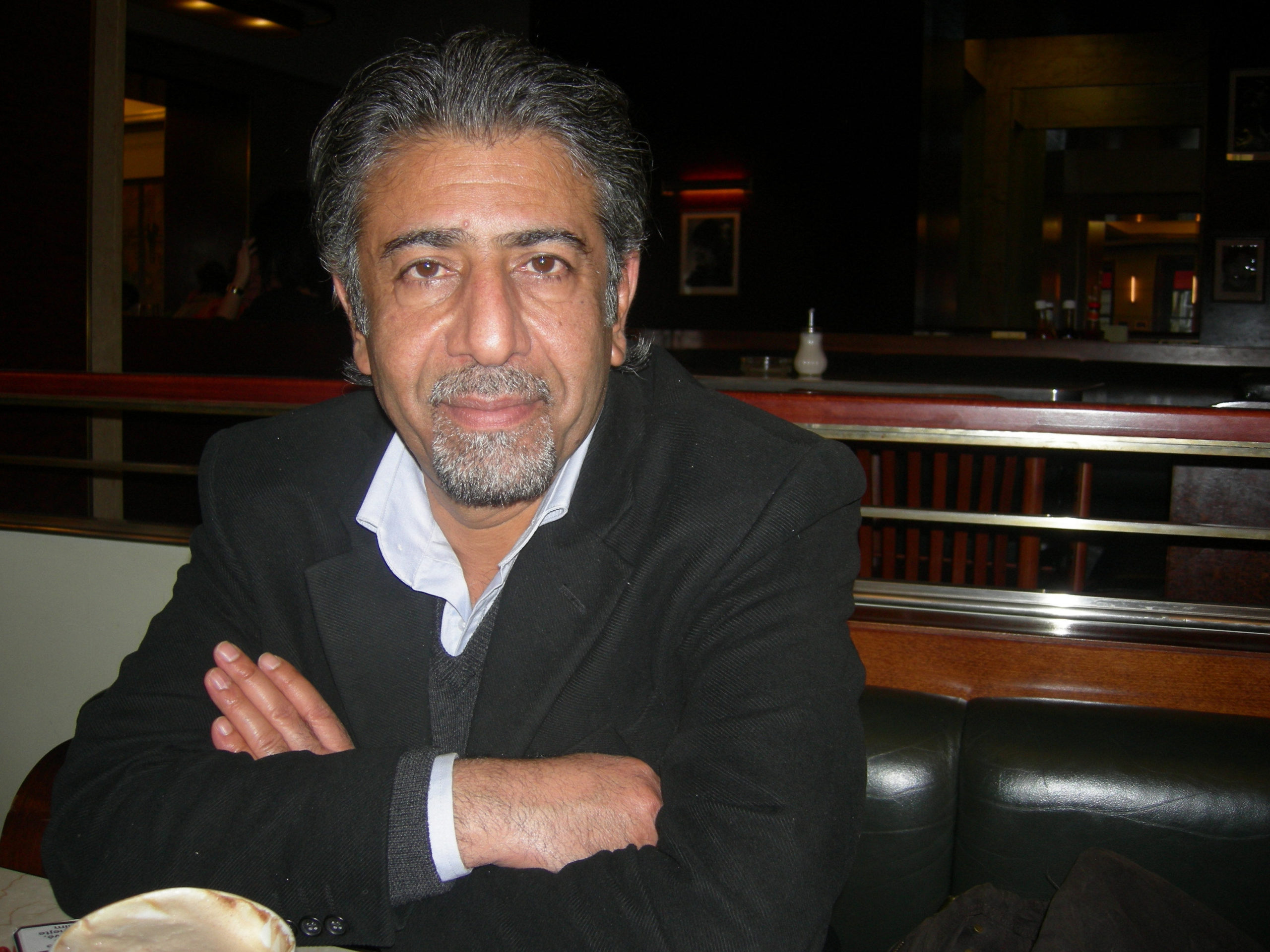 Amjad Nasser (1955-2019) was born in Al-Turra, Jordan, and worked as a journalist in Beirut and Cyprus. A major force in contemporary Arab writing, he had eight collections of poetry, two books of travel writing and two novels published. Two collections of his poetry have appeared in English, Shepherd of… Read More