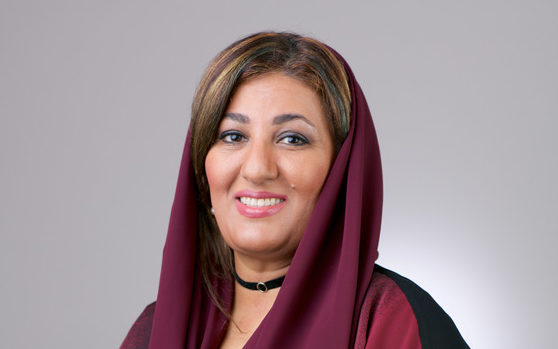 Nujoom Alghanem is a poet, artist and film director from the United Arab Emirates. She was born in Dubai in 1962, graduated from Ohio University in the USA with a BA in Video Production in 1996 and received an MA in Film Production, from Griffith University, Australia, in 1999. Although her career began in journalism, she now works as a film director and cultural consultant. An active and well-established writer and filmmaker in the Arab world, since 1989 she has published eight collections of poetry in Arabic, the most recent of which is called in English I Fall Into Myself (2012). An edition of her poems has appeared in Spanish, Lo que queda del reproche (Editorial Verbum, 2014), and a selection of poems has appeared in English in Banipal 42. She is on the board of the International Prize for Arabic Fiction (IPAF) and is a regular participant in the Emirates Airline Festival of Literature.